FASTPANEL® is a multi-user control panel that allows you to use the following benefits:

Working with users - creating, deleting, editing, is done in the “Users” section.

This section contains a list of all users available to the current user that were created in the control panel.

For each user the following actions are possible:

It is required to fill in the following fields to create a user: 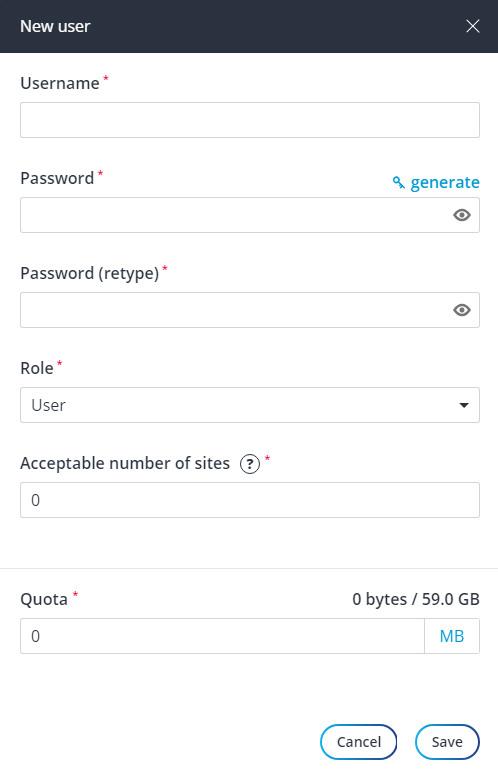 The following settings can be edited in the User Edit menu: 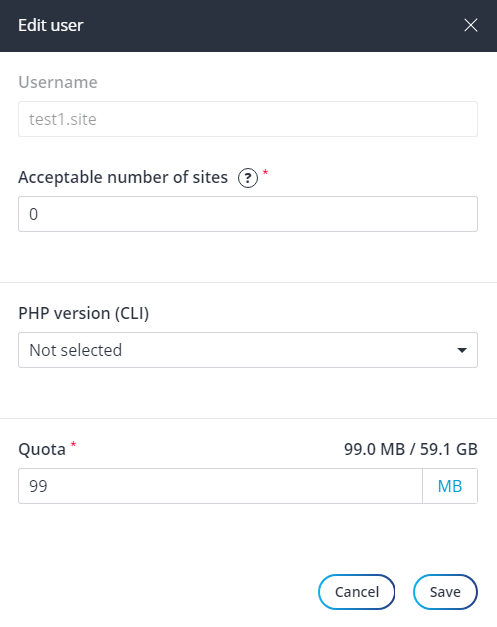 There are several ways to change a password for a user:

Please note that password will not be shown when being entered.

Who can create new users?

In FASTPANEL, except by super administrator user, new users can be created by a user with a Reseller role. To create a Reseller user, in the user creation menu select “Reseller” in the Role field. In this case, additional fields will become active: “Create users” and “Acceptable number of users”.

Create a user with a site

FASTPANEL has another way to create users.

On the second step of site creation wizard, you can choose to create a new user. In this case you can also specify a disk quota for the new user. Password will be generated automatically. Login and password information will be shown after the site is created. 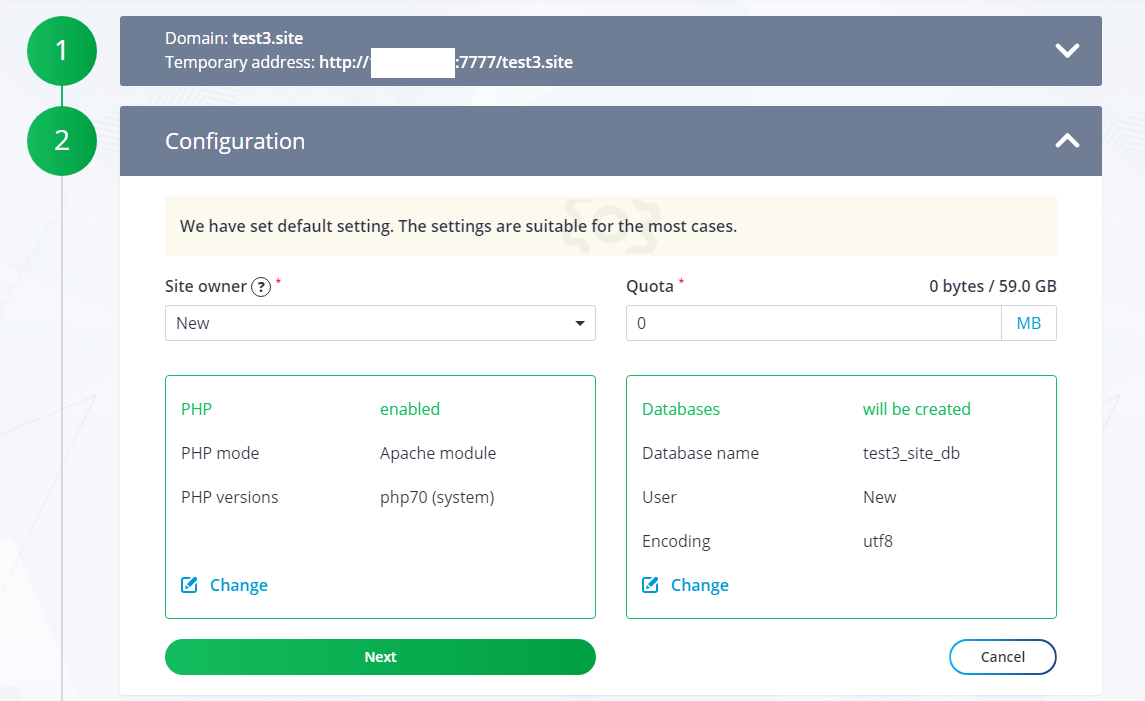 Can I connect to my server via SSH with the rights of control panel user?

Each FASTPANEL user is also an OS user which means you can connect via SSH to your server using the credentials of a control panel user.

In the user edit menu you can specify a PHP version that will be used as the default for the user in the SSH session.

This site uses cookie to collect data about IP-address and geolocation in order to provide the most accurate data regarding your request. By continuing to use this web-site you automatically agree with using these technologies.